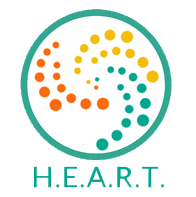 It was right in front of me, and I still couldn’t see it was addiction

Let’s start with the day my life became immeasurably harder to manage. I was around 21, and had been an almost daily drinker and user for around four years.

My relationship with alcohol in particular had already cost me a place at university, a long term relationship, certainly the trust of many friends, and possibly a couple of decent job opportunities.

Now a fully-fledged adult, I was just as terrified of life, and all its thoughts, feelings and emotions, as I had been as a child.

It had been around three years since someone had first pointed out how different I became the moment any chemical that changed how I felt entered my body.

But there were two invisible truths at play already. One, that I didn’t particularly care how different I was perceived to be by others. Ultimately because I felt better with a drink or drug inside me, than I did without them.

And then the second reason. That an enormous part of why substances would inevitably end up inside me, was simply to silence the incessant voice in my head that demanded I should change the way I felt. Because whatever happened, it would be better than how I felt ‘right now’.

However, it was this way of thinking that had begun to bother me. On some level I knew something wasn’t normal. Losing so much thinking time on doing something, that I had probably begun to admit was doing more harm than good, seemed completely illogical.

But I knew I could handle it, with just a little more effort. Keep my good pals alcohol and drugs in my life, while silencing the concern that was both around me, and inside me.

So on this particular day I decided to stop for a while. Drugs, drink, the lot. Just to prove to myself that I could.

And my life instantly became harder.

Although it wasn’t a problem to stop taking drugs, which never physically got their claws into me, from that point on, there were suddenly two nagging, angry voices in my head. One that was appalled at the very idea of going a day without a drink, or something to change how I felt. And the other that was desperate for me to do the exact opposite.

Many people will be able to relate to the analogy of the devil sitting on one shoulder, and some sort of guardian angel on the other. But that wasn’t the reality.

These were two distinct factions, with contrasting ideas and manifestos on what the ‘we’ / ‘me’ whole should be doing with our day. It wasn’t a case of one being the voice of reason, and the other a bellowing evil.

They both hated each other, and me, with genuine malice. And I was stuck right in the middle of the argument.

In effect, I became something of a peacekeeper for my conscience. Listening intently to both sides of the battle, and coming up with a daily treaty, in the form of ‘X number of drinks’ that would assuage the war, at least for another 24 hours. Together, these two very different ways of thinking occupied far more headspace than the previous ‘voice’, which was now merely a regular reminder that I needed something to get me through the day.

Looking back, the idea of addiction, or alcoholism, had certainly entered my mind. But I don’t recall thinking that was a problem. Naively, I genuinely believed that simply acknowledging that the problem existed was enough. As though knowing what was wrong meant that I wasn’t an alcoholic. And that fantasy stuck with me for a dangerously long time.

Nonetheless, despite this warring internal monologue occupying my headspace, I proceeded to set myself a target.

It was simple. 12 days sober. (Yes, like the Twelve Steps - I thought a programme of recovery could be achieved in less than a fortnight!)

And between me, and my internal Montagues and Capulets, we did it.

However, it took more than 12 months of trial and error. (Struggle and relapse, I now realise).

But I still remember how good I felt, on that 12th day. Warmer, clearer, the world suddenly opening up around me - no recognition of the worrying irony that it had taken me a year to reach this apparent milestone.

There are many levels of denial in addiction. And I truly believe that’s what keeps many people away from recovery, sometimes for life. This particular denial manifested itself inside me, with what I believed was the answer to all my problems…

All I had to do, whenever the drink was getting on top of me, was go 12 days without one - and I’d be saved.

So I celebrated with a drink or eight the next day, and pencilled in another 12 day stint of sobriety, starting the following week.

And there wasn’t a single day of sobriety in that period. At that point, it was the longest I’d ever been without not having a drink.

I clung on to that insanely naïve ‘12 days to recovery’ belief for the next 10 years. Transitioning from a ‘top up’ drinker, to a morning drinker, to a 24/7 drinker during that time, I only recall three occasions where I met that 12 day mark again. One particular bout of drinking lasted more than 12 months.

Until I found a programme of recovery, that is, on my 32nd birthday.

Looking back, I wonder how I didn’t see what was really happening. But the truth is, I didn’t want to accept it. Alcohol was my crutch, a reliable friend, certainly a backstabbing enemy from time to time, but fundamentally it was what I needed (or believed I needed) to change the way I felt. I was terrified to live without it, and couldn’t foresee a reality where I could.

But I do now, and have done for a long time. I no longer have an epic battle taking place between my ears. It’s all me. The good, the bad, and the occasionally baffling.

And as for that analogy of the demon and the angel on each shoulder, I now believe that was simply part of the same illusion that addiction had draped over me. That convinced me I could handle it, that I’d stop tomorrow, that everything would be okay.

If there’s ever been anything inside me that wanted me to stay drunk, it’s certainly not an evil spirit. Instead, merely a small, anxious child. Too afraid of the big wide world to accept it, and who would do anything to avoid reality.

It’s now up to me to guide that child through life. And as much as he might kick and scream and sulk and disagree sometimes, I’ve done a pretty good job of it so far.

As an active alcoholic, I had four failed attempts at university. In recovery, I completed a BA, and MA within four years of my last drink. And that’s just one of the many amazing ways I can measure my new life.

If you, right now, are concerned about your relationship with any mind-altering substance, that’s a certain sign there’s something wrong. If other people have highlighted it, there’s another. And no matter what that head of yours is saying to you, avoiding these sure signs is part of the denial - and the beginning of the illusion.

Ultimately, any problem ignored is still a problem. And without a solution, it will only ever become bigger.

Addiction has many ways of convincing you that you are okay, you don’t need help, you are NOT the problem. How long we listen to this, before talking to someone who has experienced the same thought process, is up to us.